Old vs. the new, how to decide which internet provider to pick when there’s competition in your area. 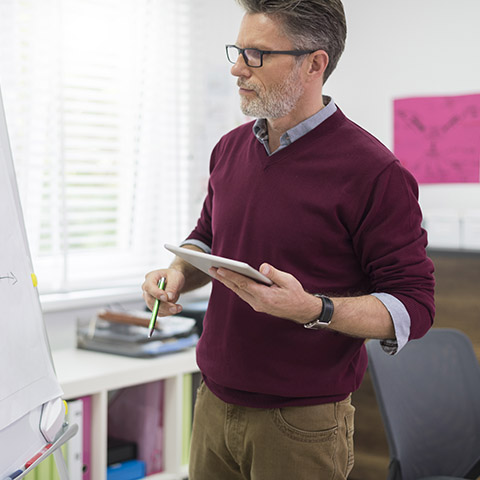 Picking between CenturyLink and MetroNet, now that you have options in your area?

Metronet is a relative newcomer in the internet service provider arena, only being around since 2005. CenturyLink has been an established internet provider for as long as we all can remember.

As the demand for high-speed internet grows, you’ll have more than a single provider choice. We hope to help explain the differences between CenturyLink internet and MetroNet internet.

We will breakdown the differences in the internet options available by each carrier, starting plan prices, contract terms, internet coverage availability, customer satisfaction ratings, hidden fees, and the pros and cons of each provider.

Construction of MetroNet fiber-optic internet services started in 2005 in Indiana.

Since 2005, the MetroNet Fiber Internet network has expanded across the Midwest. The contractor teams have been busy constructing the fiber-optic network in 80+ communities throughout Illinois, Indiana, Iowa, Florida, Kentucky, Michigan, Rochester, Minnesota, and Ohio. New services in cities are announced routinely, and MetroNet might be negotiating a deal in your neighborhood right now.

Internet speeds differ drastically between fiber-optic internet and what you might think of as standard internet because of the transmission of information through the media. Unlike copper wires of DSL, fiber internet is very consistent, fast, reliable, and the quickest internet currently available.

MetroNet is perfect for streaming and online gaming, and the Netflix ISP Speed Index ranks them ahead of all competitors, including CenturyLink for streaming speeds.

Four internet packages are available, and each box offers a different upload and download speed. Fiber internet offers dynamic internet speeds that can be changed with a simple phone call.

If you’re not confident with what speed you need for your home, you can start with 100 Mbps and always upgrade to the highest speed packages available.

As of 2020, MetroNet offers these four main internet packages:

You can usually expect fiber internet at speeds of 1GB to cost about $89.95 per month, though this can vary depending on where you live. That is for the fastest package available; 100 / 100 Mbps packages start at $49.95.

CenturyLink provides internet services ranging in speed from 10Mbps to 940Mbps, depending on your area.

CenturyLink does not have contracts, and they have great options like “price for life.” Price for life allows you to pay the same fee for your service month after month for your plan’s life as long as you don’t move. That’s the only catch.

That means you aren’t going to get sucked into a contract with a great introductory price and end up paying much more after the intro period is over.

Depending on your area, there are about five packages that cover the majority of what CenturyLink provides. This is not meant to be an exhaustive list; due to the DSL technology, your internet speeds can vary depending on the age of the infrastructure in your neighborhood.

One side of town that may have been more recently upgraded can have newer copper lines and have package speeds up to 100 Mbps. The other side in the city can be on an aging infrastructure with internet speeds only up to 10 Mbps.

As a result, inconsistent speeds is one of the draw packages of traditional DSL internet that you won’t necessarily see with fiber internet.

Packages 4 and 5 are typically CenturyLink’s fiber internet packages. If you are on a fiber internet plan, you can upgrade your speed between 100 to 940 Mbps at any time for an additional fee without any spendy modem upgrades.

Breaking down the costs of each while focusing on internet speeds, it looks as though CenturyLink fiber internet offers up to 940 Mbps for $65, while MetroNet provides an equivalent download speed for the same for $89.

These internet speeds are not apples to apples; MetroNet fiber internet offers symmetrical upload and download speeds. The fastest being 1,000 Mbps download and 1,000 Mbps upload.

Therefore, depending on your internet usage, the faster upload speeds may be well worth the additional fee of MetroNet fiber internet.

Therefore if you’re in a market where your DSL internet by CenturyLink tops out at 10 Mbps, you’re stuck paying $49. In the same market as MetroNet, that same $49 can get you internet speeds 10x faster at 100 Mbps.

Base Package Winner: Depends on your market

CenturyLink is $9.99 per month

CenturyLink tends to provide services in more rural areas of the United States, where MetroNet mainly exists in select markets in the Midwest.

To get MetroNet, you have to be in one of the eight states it is currently offered.

MetroNet is multiplying and one of the fastest-growing broadband companies outside of the big three of CenturyLink, Xfinity, and Spectrum. If you want to try something different, they might be your best bet.

CenturyLink serves major metro and several county areas, which is a big push for the FCC. Like any service provider, there are some pros and cons to purchasing their services over others.

Let us make it easy for you

With so many options available, choosing the best internet provider for your home and location can be confusing. The Connected Home is here to make that choice easier.

We will tell you what options are available at your location and compare the pros and cons. Once you choose an internet provider, we will assist you in establishing your account with them.

No pushy upsells, no carrier allegiances, no oversees call centers. We’ll help you find the best internet service with no bias or hidden agendas.

Our service comes at no charge to you and is totally unbiased.

Helping serve customers nationwide with offices in Minneapolis, Denver and Seattle find the best internet, television and phone services. We encourage you to bundle these services when possible, to get the very best prices available.

Let us help you find the right internet plan for your needs. Call now to start comparing providers, prices and speeds in your local area.