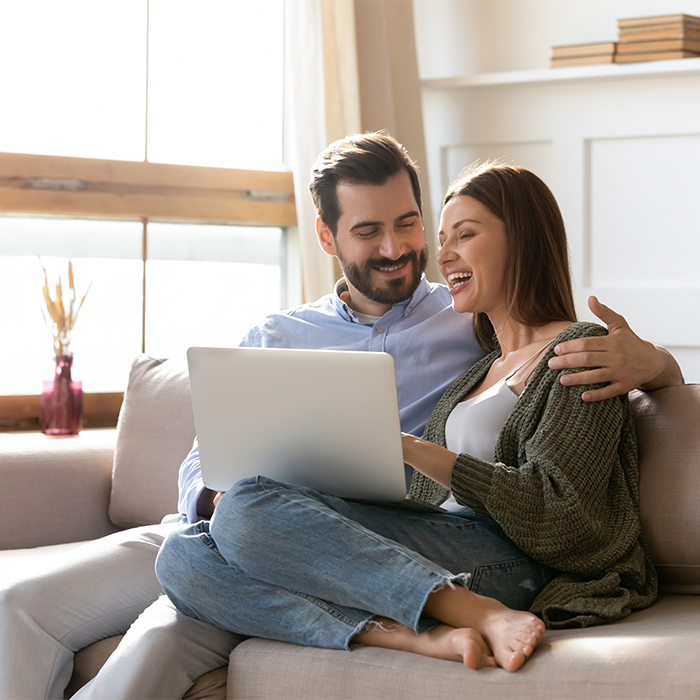 What you need to know: DSL Internet

DSL internet service is universally known across the country, as its use is widespread and rapidly expanding. You’ve probably heard the term hundreds of times, but what is it exactly? How does it work, and how does it compare to other cable modem internet?

We’ll go into specifics about the service and see how it stacks up against another common option.

What is DSL Internet?

The service provider transmits signals from your computer to their headquarters and then to other users.

How Does DSL Internet Work?

Since analog signals are continuous and take up a lot of bandwidth, transmission over these wires is usually limited when it comes to data.

Your computer doesn’t use analog signals but instead uses digital signals. Originally information passed from computer to computer started as a digital signal.

This signal was then converted to an analog signal and then back to a digital signal that your computer could receive and use. The result was a bottleneck created by the limited capacity of the wires – you may remember this as a “dial-up connection.”

DSL instead transmits digital signals without converting to and from analog. Digital signals use far less bandwidth, so more information can be passed along the same wires.

Users of DSL internet even have the option to split their lines to dedicate some bandwidth to analog and some to digital signals. This option allows for both internet and voice data to be transferred simultaneously, a luxury not afforded by dial-up internet.

These digital signals leave your home or office via a DSL transceiver, which is most often connected to your computer via an ethernet or USB cable.

The signal moves from your transceiver and travels along a length of wire to your service provider’s headquarters. Here, a Digital Subscriber Line Access Multiplexer creates a hub where internet access is provided to a multitude of users in the same area.

What Internet Speeds Are Available Through DSL?

Data transfer speeds via a DSL internet connection vary based on a few different factors, as well as what type of DSL connection you have. We’ll discuss these factors and then go over general speed capabilities.

The first thing affecting transfer speeds is your location. All digital signals that move from user to user pass through your internet service provider. As the distance from your computer to their headquarters increases, the message being transferred weakens.

According to the National Telecommunications and Information Agency (NTIA), the longest your signal can travel without severely losing quality is around 18,000 feet. However, many providers limit the distance between their headquarters and customers even further to ensure the best connection possible.

The second factor that affects your connection speed is the size of the wiring used to transmit signals. The most common options are 24 gauge and 26 gauge wire, the former of which is larger and can carry the same message further without corruption.

While these two factors will affect your connection speed, the most significant influence on your internet speed is the type of DSL internet you have. DSL is available in two main subcategories: Asymmetric DSL (ADSL) and Symmetric DSL (SDSL).

ADSL splits your connection into two asymmetrical tracks. One of these connections is used solely for uploading, and the other is only used for downloading. ADSL allows for a significantly higher download speed than upload speed.

More bandwidth allocated for downloading means that information coming in is prioritized, which provides the best experience for most internet users.

SDSL also splits your data transfer into two different tracks, but they are symmetrical to one another. SDSL provides an equal download and upload speed, which usually means download speed will be slower than they will be with ADSL.

According to the FCC, DSL connection speeds vary from hundreds to millions of kilobits transferred per second. Your exact rate of data transfer will depend mainly on the three factors mentioned above.

Streaming and gaming can use up a lot of bandwidth, so many people who engage in these online activities question whether or not a DSL internet connection will be sufficient for them.

Per the FCC, a minimum download speed of between 3 and 4 Mbps is required for standard-definition video and most gaming, while high definition streaming requires between 5 and 8 Mbps. Higher download speeds will lead to a better experience in both cases.

While SDSL can’t provide these speeds, ADSL is capable of handling at least these minimum requirements. Your connection will likely be asymmetric, so depending on your proximity to your service provider, DSL should be fast enough for streaming and gaming.

Although DSL is capable of providing sufficient internet speeds for many people, some require or desire a faster connection. This is especially true if they have multiple people in a home or office using bandwidth. Read the differences between two of the biggest ISPs, Frontier DSL vs. Spectrum Cable Internet.

Rather than relying on phone wires, cable modems use coaxial cables to transfer data to and from your home or office. Similarly to how phone cables were adapted to transmit data, cable wires initially sent data to your TV and were later expanded to include internet data transfer.

Cable internet speeds are similar to those that you can expect from DSL.

Top Five DSL Internet Providers in the US

According to the broadband map, the top five DSL internet providers by estimated population serviced are as follows:

Comcast with 35.95% of the population serviced

Charter Communications with 33.39% of the population serviced

Verizon with 17.58% of the population serviced

CenturyLink with 16.40% of the population serviced